Strong and Healthy Team -Training for Team Leaders and Managers

The success story in the world to create a productive team! Here is the concrete steps for Patrick Lencioni’s The Five Behaviors of a Cohesive Team™.

Strong and Healthy Team -Training for Team Leaders and Managers

Training for Team Leaders and Managers

Based on Patrick Lencioni’s best-selling business book The Five Dysfunctions of a Team.

The Five Dysfunctions of a Team outlines the root causes of politics and dysfunction on the teams where you work, and the keys to overcoming them. Counter to conventional wisdom, the causes of dysfunction are both identifiable and curable. However, they don’t die easily. Making a team functional and cohesive requires levels of courage and discipline that many groups cannot seem to muster.

Sovelto’s Strong and Healthy Team aims to give team leaders and managers the possibility to develop their team to be trong, solid and efficient.

Team Manager, how people in your team?:

The Five Behaviors of a Cohesive Team -profile 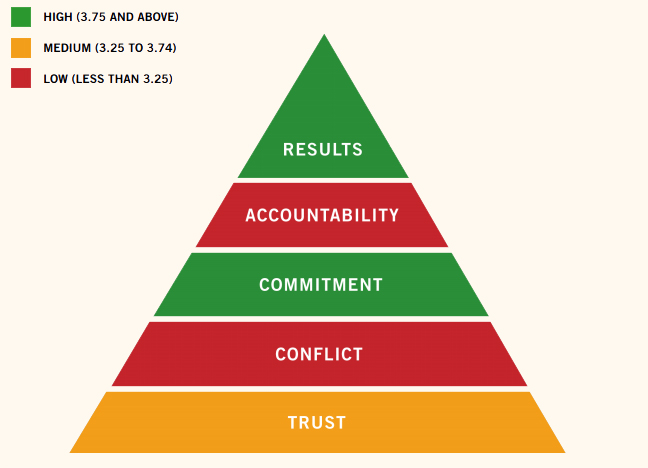 The survey of your team’s behavior is the basis. The differences of the team members are described by The Everything DiSC™ -model.

The training concretizes your team’s situation according to The Five Behaviors™.

Places left:
No participant limit
Ask for an offer

Everything DiSC® Work of Leaders

Online
Ask for an offer
Do you want to know your strengths and areas for development as a leader?
Show

-
Ask for an offer

Create Success With A Situational Approach to Leadership

Pasi is an experienced business leader and leadership developer. He has over 20 years of work experience in business development, project management and team leadership. He has been in charge of multiple complex change programmes in challenging business environments.

Pasi works as an executive consultant on the field of project management and leadership development. His personal interest focuses on knowledge management, people centered leadership, and team dynamics.

You can find out more about which cookies we are using or switch them off in settings.

This website uses cookies so that we can provide you with the best user experience possible. Cookie information is stored in your browser and performs functions such as recognising you when you return to our website and helping our team to understand which sections of the website you find most interesting and useful.

Strictly Necessary Cookie should be enabled at all times so that we can save your preferences for cookie settings.

If you disable this cookie, we will not be able to save your preferences. This means that every time you visit this website you will need to enable or disable cookies again.

This website uses Google Analytics to collect anonymous information such as the number of visitors to the site, and the most popular pages.